Evolution Networks has been serving the South Florida area since 2003, providing IT Support such as technical helpdesk support, computer support, and consulting to small and medium-sized businesses.

Got hacked recently? You will probably get hacked again within the next year.

Businesses might feel that if they're targeted by cyber criminals once, it won't happen again - but analysis of incidents shows that more often than not, attackers come back looking for more.

Businesses that suffer a successful cyberattack are extremely likely to be targeted by cyber criminals again – even if they've taken all the correct steps in the aftermath of the initial attack.

The Crowdstrike Services Cyber Front Lines report uses analysis of real-world cases where the cybersecurity company has been brought in to help combat cyberattacks and it reveals that in over two-thirds of of cases where there were outside intrusions onto the network, cyber criminals will attempt to break into the same network within one year.

According to Crowdstrike, 68% of companies encountered another "sophisticated intrusion attempt" within 12 months – although in each of these cases, the second attack was prevented from compromising or otherwise gaining access to the network.

While organizations might feel that if they're hit by a cyberattack once – whether that's malware, ransomware, business email compromise, phishing or something else – then they won't be targeted again, if anything it's the opposite that's true.

Cyber criminals come back probably because they are hoping that an organisation has not learned the lessons of the first attack and has perhaps even left the same vulnerabilities in place that allowed the initial cyber attackers to breach the network.

"It is tempting to think of intrusions as a lightning strike – a blinding flash that is unlikely to strike the same place twice. Unfortunately, intrusion attempts are rarely a one-time event," said the report.

"Organizations that do not take the opportunity to apply lessons learned and to better prepare for their next encounter with an adversary may well suffer attacks that result in additional data loss, ransom demands, extortion or other monetary losses requiring costly legal fees, response services and perhaps even future business interruption," the paper added.

It's recommended that in the aftermath of a breach – once the network is secured with timely security updates, stronger passwords and multi-factor authentication – that organisations take the opportunity to learn from the incident and remain vigilant about what they can do to prevent future attacks and even plan how they'd react to another incident.

One way of doing this is to regularly perform penetration testing to find out where the vulnerabilities are on the network and if defenders can detect the intrusions, particularly when it comes to new kinds of attack or vulnerability.

"Because of this, we're seeing a necessary shift from one-off emergency engagements to continuous monitoring and response. This will better enable incident response teams to help customers drastically reduce the average time to detect, investigate and remediate," he added.

Evolution Networks can help you secure your business and keep your data safe.  Get in touch with us today to see how.

More than any time before, cybersecurity has to be a major consideration for businesses. It is, in fact, one of the biggest problems the modern business has to face day-in and day-out. Shortage in cybersecurity talent and antiquated strategies are making it difficult for businesses to find the knowledgeable resources that will help them work to secure their network and data from threats to the business.

It’s fair to say that most business owners aren’t cybersecurity experts. That’s why there is such a large investment in cybersecurity solutions. That outlay is justified, sure, but is it effective? Today, we’ll talk a little bit about network and cybersecurity, and how all the capital investment in the world may not actually keep your network secure.

4 Timeless Cybersecurity Rules to Live By

Cybersecurity has become an overly complicated, increasingly important part of our lives. These days, many people are concerned about their privacy; who is collecting their data, what data is being collected, how to prevent information from being stolen, how to prevent breaches, etc. Then there are the traditional threats like malware, ransomware, and phishing that are not only becoming more common place but are capable of doing more damage.

Controlling your organization’s data relies on keeping your network and computing infrastructure free from threats. Early detection allows your business to actively confront risks before they develop into major issues. However, threats are becoming more difficult to detect in early stages, and one hidden threat could doom your entire business.

Are You a Security Threat?

Just like you can form habits to be more productive, you can also form habits that expose your organization to risky situations, namely security problems. Your employees in particular are likely to have picked up a couple of nasty habits over time, so it’s up to you to address them and keep them from becoming an issue in the long term.

Network Security is Crucial for Every Organization

Avoiding risk is important for every business, unless your business is as a daredevil, then mitigating risk will have to do. Nowadays, with technology being an omnipresent element in most businesses, technology-based risks have grown in concert. As a result, the modern business owner and IT administrators need to understand the new risks and how to proactively work toward avoiding (or mitigating) them.

Cybercrime has morphed over the past decade or so. With unbreakable encryption making breaking directly into a network all but impossible, phishing, Distributed Denial of Service (DDoS) attacks, and other methods of indirect hacking have become en vogue. As a result, software companies are looking in some strange places to find building blocks for intrusion mitigation. One interesting emerging technology being used for this purpose is blockchain.

How to Secure Data Using Passwords

All that stands between hackers and your accounts’ data, be it personal information or sensitive business info, is a measly string of characters that may (or may not) be complex enough to thwart their attacks. We’re talking about your passwords, and for many businesses, they are the only thing protecting important data. We’ll walk you through how to make sure your passwords are as complex as possible, as well as instruct you on how to implement additional security features to keep your data locked down.

4 Decisions You’ll Make About Your IT

Business is never quite as simple as it’s made out to be, and nowhere is this more true than with your organization’s IT. Today we will be covering some of the most important parts of your IT’s decision making that will need to be addressed, questions and concerns included, especially in regard to business-critical functions.

Ransomware Shuts Down Doctors’ Office - Is Your Business Protected?

Let me ask you a question… let’s say that you’re about one year from your projected retirement, when a ransomware attack encrypts all of your files. What do you do? Pack it in and retire early? This is precisely the situation that the practitioners of Brookside ENT & Hearing Services of Battle Creek, Michigan, have found themselves in - and it may not be over yet.

Do and Don'ts of Managing Your Passwords

Password security is a tricky part of running a business. After all, it’s not just dealing with your own password, but those of the many employees all throughout your organization. In times like this, it’s helpful to provide them with a list of how to make the best passwords possible. Here are a couple of examples for what to do, as well as what you shouldn’t do, when building a proper password.

Securing Your Business from the Internet of Things

Now that the holidays have come and gone, you might have a couple of new gadgets in your home or office that connect to the Internet. Depending on what these gadgets are, you might have a serious security issue sitting right in front of you without realizing it. Some devices that don’t normally connect to the Internet--also known as Internet of Things devices (IoT)--aren’t as secure as you’d like them to be, particularly in a business environment.

Tip of the Week: Improving Some Cybersecurity Basics

What are your chances of being hacked, or targeted by some kind of cyberattack? I hate to tell you this, but they’re probably a lot higher than you might think.

Your Business May Be Most Vulnerable from the Inside

It can be easy, with all the threats covered in the news, to assume that the biggest dangers to your business all come from the outside. This is a dangerous mistake, as there are plenty of vulnerabilities that originate from within your organization, making it easier for outside threats to come in, if not being bigger threats in and of themselves. Below, we’ll review some of the biggest, mostly internal dangers that your business may face.

Looking Back at This Year’s Cybersecurity Issues

Every business in operation today needs to have some kind of comprehensive network security. Simply put, there are too many threats that can come in through an Internet connection for them to continue doing otherwise. The past year provides plenty of anecdotal proof of this fact, as a quick glance back can show.

Security Threats and Defensive Measures You Can Take

Network security for small businesses is far from simple. There are countless threats out there that want to see your business fall, and it only takes one to see this come to fruition. Unless you take action now to protect your organization, you risk the future of your business. But what is it that businesses need to protect from, and what measures are out there that can accomplish this feat?

Are You Ready to Adapt to Network Security Changes?

Humankind has always adapted and improved technology to make life easier, starting all the way back at fire and the wheel. Nowadays, our approach to making life easier through technology is centered around productivity and security - if we can accomplish more than before in the same amount of time, without worrying that it will be stolen, we’re happy.

This guide was created so that business owners, office managers, and IT departments can provide it as an educational resource to showcase some of the most basic IT security practices that can be implemented in your workplace. We recommend printing this out and handing it out to your staff for maximum results. 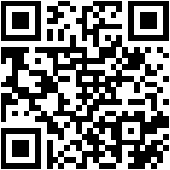