2018 will be remembered as the year where data privacy was altered forever. From Facebook’s many problems to the launch of the European Union’s General Data Protection Regulation, data privacy has never been a bigger issue than it is today. Let’s take a look at how the GDPR has affected the computing world in 2018-19 and how the past year’s events have created new considerations in individual data privacy.

Before the introduction of the GDPR, individual data privacy was largely an individual’s responsibility. To be fair, in non EU-affiliated circles, it largely still is, but the launch of the GDPR brought to light a lot of issues that people have been talking about for some time: mainly the use of their personal information for corporate financial gain. The GDPR was a response to concerns that some organizations were playing fast and loose with individual’s data that included personal information like names, addresses, email addresses, as well as medical and financial information. In profiting off the capture and sales of this information, the largest corporate tech companies created revenue off the backs of people, creating situations that were simply unfair to consumers and users of these services.

For years leading up to the ratification of the GDPR, EU member states had been legislating their own data protection laws. This trend has been roundly rejected in the United States, but with the implementation of the GDPR, corporations that see themselves as members of the global economy had strict new guidelines to meet in order to be able to use individuals’ data in the same manner as it had been. The GDPR was an amalgamation of these laws and firmly required all businesses to report certain types of personal data breaches within 72 hours to a supervisory authority mandated by EU member nations.

Not only did it give the consumer a voice in the ongoing data collection and distribution scheme, it made businesses cognizant just how important their data management is for the people they depend on. Before the GDPR was in the news, not many organizations were thinking about how a failure to protect customer, staff, and vendor information could negatively affect anyone but themselves. This has led to a wholesale change in the way businesses view data management, the training of their staff, and security investments as a whole.

Now that the GDPR has been in place for a year, the results have been mixed. Over 59,000 personal data breaches have been identified by companies that have resulted in notifying regulators. Since sanctions for failing to comply with GDPR mandates carry fines up to €20 million, or up to 4 percent of total revenue from the previous year (whichever is larger), you are seeing a more targeted and strategic approach to keeping data secure, and reporting it quickly when a data breach does happen. To take a look at the results the GDPR had in its first eight months, download the DLA Piper GDPR data breach survey, here.

The takeaway is twofold. Firstly, the GDPR has resulted in a major improvement in data breach reporting speed. Since the mandate gives companies up to 72 hours to notify breached parties, it sets a strict deadline. You likely won’t see situations like the Yahoo! breach where they sat on the information for a year before letting anyone that was affected know they had been breached. The GDPR has also resulted in nearly doubling the amount of reported incidents, not an insignificant number.

On the other hand, fines adding up to €55,955,871 have been levied against the companies responsible for the 59,000 reported incidents, a modest amount for the first year when you consider that about 90 percent of that sum was a single fine levied against U.S. tech giant Google. A French GDPR regulator suggested that this be marked down to more of a transition year than some type of long-term ineffectiveness of the law. It remains to be seen just how effective the law with be if regulators aren’t actively enforcing it.

Many U.S. companies do business in mainland Europe and fall under the GDPR regulator's jurisdiction, but domestically, there has been a major change in the way data privacy is viewed. Over the past year, a lot has happened in the U.S. on the individual data privacy front. Not only has the GDPR lit the fire of legislators, it has major tech firm CEOs, such as Apple’s Tim Cook, calling individual data privacy a “fundamental human right”.

While Mr. Cook seems to be in the minority of American tech company leaders (as can be seen by the €50 million GDPR Google fine), it is a step in the right direction. The state of California, not long after the GDPR went into effect, passed its own sweeping (and some would say hastily thrown together) data privacy law, the California Consumer Privacy Act, to protect the residents of the Golden State. Colorado, Massachusetts, and Ohio followed suit with privacy laws shortly after California’s CPA was ratified.

This is good news for individual privacy in the U.S. It’s a far cry from only a few short years ago that resulted in some pretty damning situations for online consumers. Federal lawmakers have balked at making waves of their own in regards to data privacy, but if history is any indication, when states begin passing laws that are outside the norm, the U.S. Congress typically acts to fill the breach.

If you would like more information about the GDPR, subscribe to our blog, or call one of our knowledgeable IT professionals at 954-866-1600.

Evolution Networks has been serving the South Florida area since 2003, providing IT Support such as technical helpdesk support, computer support, and consulting to small and medium-sized businesses.  It's always been our goal to provide enterprise-level IT practices and solutions to the small business sector, with small business prices.  Our experience has allowed us to build and develop the infrastructure needed to keep our prices affordable and our clients up and running.

We partner with many types of businesses in the area, and strive to eliminate IT issues before they cause expensive downtime, so you can continue to drive your business forward.  Our dedicated staff loves seeing our clients succeed.  Your success is our success, and as you grow, we grow.

No comments made yet. Be the first to submit a comment

By accepting you will be accessing a service provided by a third-party external to https://evo-networks.com/ 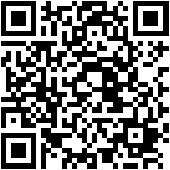